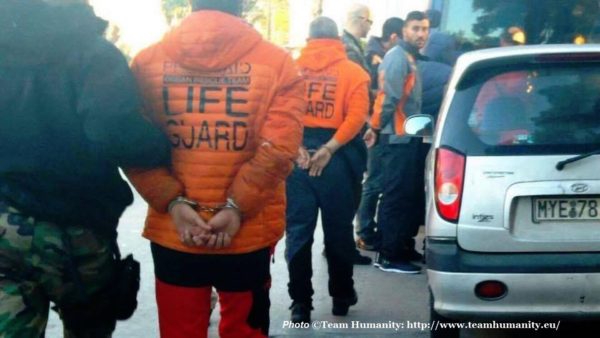 A new discussion brief titled ‘Crackdown on NGOs assisting refugees and other migrants’ was published by the ReSOMA platform today, shedding light on how EU laws, policies and operational priorities aimed at fighting migrant smuggling have translated into the policing of civil society organisations and volunteers.

In the absence of coordinated action from national governments, civil society actors were the first to respond to the so-called ‘refugee crisis’ in Europe. They provided services, food and shelter, and conducted search and rescue at sea. Their acts of solidarity continue until today and will not cease to continue in the future – holding values of human dignity and equality at their core.

The response to these actions have not always been positive. Since 2015, civil society actors providing humanitarian assistance and upholding the fundamental rights of refugees, asylum seekers and undocumented migrants have reported increased criminalisation of their activities. Threats, intimidation and limited access to funding are probably the lesser evil compared to the imprisonment of volunteers facing criminal charges and the continuous political pressure preventing search and rescue ships like the Aquarius from saving lives at sea.

The lack of a clear and mandatory humanitarian exemption under EU law has significantly contributed to the number and diversity of cases against NGOs and volunteers at national level. The lawyers representing the currently imprisoned volunteers Sarah Mardini and Seán Binder for example speak out in this video. Additional testimonies of people who faced intimidation and punishment for helping migrants and refugees are available here.

This discussion brief is part of a series of 9 briefs published by ReSOMA on EU policy issues concerning migration, asylum and integration. ReSOMA provides a platform to pool expertise on migration, asylum and integration by involving researchers, policymakers and practitioners to promote more evidence based policymaking on these topics. For more information, please visit the ReSOMA website.

Do you want to ensure that migration policies better reflect the reality on the ground?
If yes, join other migration and asylum experts in the ReSOMA Community!