Traffic Light or Jamaica – getting to grips with German coalition-building 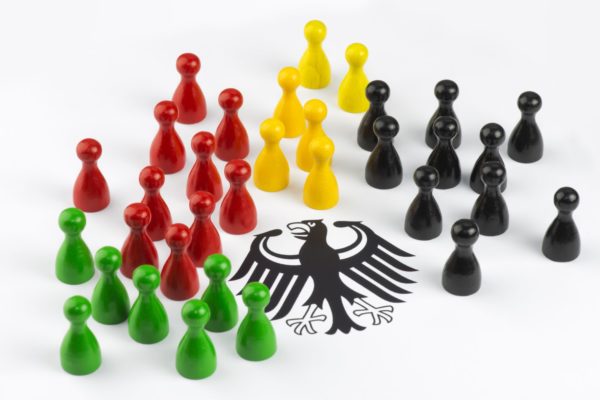 Despite issues related to the EU being MIA during Germany’s electoral campaign, Europe holds its breath while we wait for the outcome of the four major political parties’ coalition-building efforts. Germany is one of the EU’s big hitters with the power and authority to set the tone for the years to come. The new government will be instrumental in guiding the EU through the post-COVID-19 new normal we find ourselves in, and the impact this will have on the wellbeing of people in all 27 Member States.

While all four parties are pro-European, the two coalition options could have very different outcomes for social progress in the EU. Let’s take a look at two areas in particular that have been largely put on hold at EU level until Germany chooses its government: EU fiscal rules and minimum wages.

The SPD are committed to building a strong social and economic union that builds on the temporary suspension of EU fiscal rules that was introduced during the pandemic, allowing Member States to spend more to reduce the impact of the crisis. This is in line with the Greens who want to reform the rules to avoid a return to austerity and to give Member States more say over where they invest money. However, the CDU/CSU and the FDP are against any changes that would permanently relax the rules and want to see sanctions for Member States who do not respect them. It remains to be seen how either coalition – both of which will need to include parties with opposing views – will come to an agreement on this topic and what this will mean for Europe.

Delivering a living wage for all people

A vote by the European Parliament’s Employment and Social Affairs committee on the Directive on Adequate Minimum Wages has just been postponed yet again – this time until 11 November – as we wait to see the position of the new German government. While at national level both the SPD and the Greens are in support of setting minimum wages, the CDU/CSU and FDP want responsibility for wage-setting to stay in the hands of trade unions and employers through the process known as ‘collective bargaining’.

Overall, there is broad agreement that a Traffic Light coalition would provide more hope for social change in Germany and the EU (that is if the FDP is willing to compromise on some of their positions).  Talks are expected to go on for weeks to distribute jobs and agree on a joint government programme. As we say in German: “Abwarten und Tee trinken!”  😀