Will the next EU budget fund Welcoming Europe or Fortress Europe? 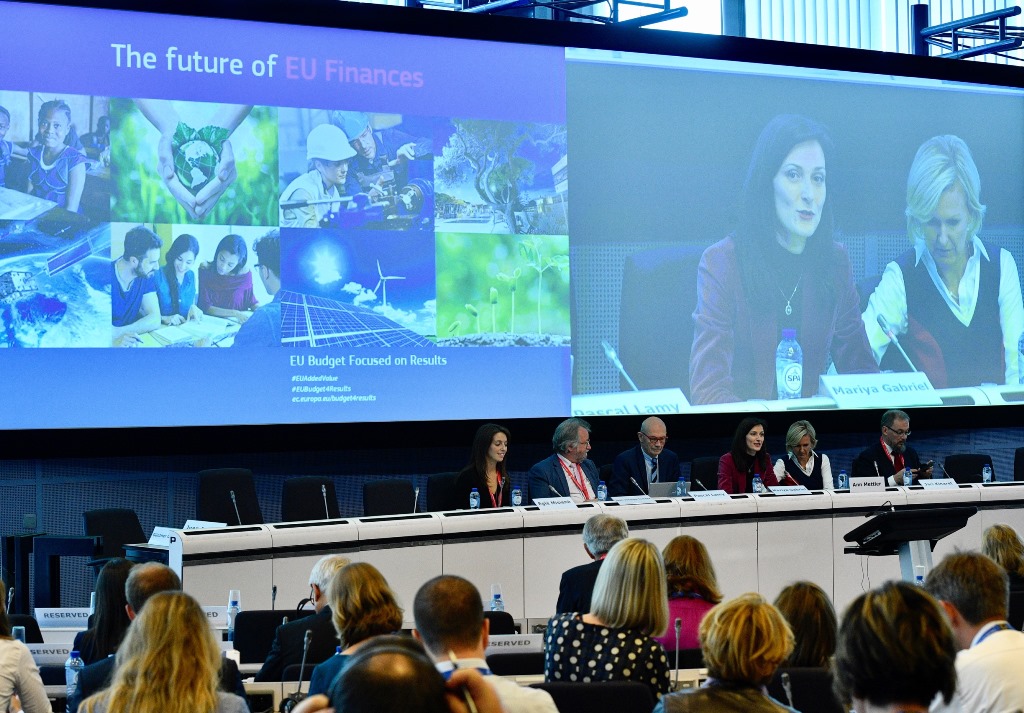 At a 25 September conference on the future of the European Union’s finances three European Commissioners gave their views on the next EU budget. One inspired me, and the others gave me the chills.

Commissioner Mariya Gabriel, responsible for Digital Economy and Society delivered a refreshing visionary speech, calling on the EU to catch up with other countries including China and the United States to become a digital champion. Ms Gabriel was the only Commissioner to mention the need for a budget that invests in digital services for both young and old people and those in vulnerable situations. In fact, she was the only one mentioning access to services – such as schools, healthcare and infrastructure – for all, and that emerging technology should serve society as a whole. Europe needs to step up to not fall any further behind; we the need to fill the gap as only 47% of Europeans have basic digital skills, while 80% of jobs will require it in the future, said Ms Gabriel.

On the other hand, Commissioner Günther Hermann Oettinger, responsible for Budget and Human Resources announced fiercely, “It is my dream that there will be a European Army, to coordinate defence policy.” I was not the only one feeling uneasy, someone wittingly concluded in a tweet that “Peace, People & Planet became Security, Borders & Defence”. Don’t get me wrong, I agree that a Common European Asylum System is a good thing, but I believe a Commissioner should aspire to positive dreams, just like Martin Luther King dreamt about civil rights. Mr Oettinger spoke at length about the need for an EU budget that corresponds to our “new important tasks” of tackling Islamic fundamentalism and terrorism by investing in border security, to make “us feel safe in Europe”. Commissioner Corina Crețu, responsible for Regional Policy also talked about EU citizens expecting Europe to play a bigger role in migration, security and defence. Her words originated from Commission President Jean-Claude Juncker’s Reflection Paper on the Future of EU Finances, which refers to the Eurobarometer, a survey that monitors public opinion in all EU Member States. However, a recent study shows that EU citizens actually do not want ‘Fortress Europe’, but simply more information about migration. “Money alone is not in its own a solution and does not solve the issue of burden sharing” – a single authority, common procedures, solidarity, respect of human rights and rule of law are all part of the solution, said Maria Stavropoulou, Director of the Asylum Service of Greece. Ms Stavropoulou’s voice was important, although I am afraid that several Heads of State and Government would need to hear many more testimonies in order to not let fear of migration dictate the way they prioritise their EU investments. I was pleased to hear Mario Monti, economist and former Prime Minister of Italy, articulating the issue no one else did – that of nationalism and populism leading to fear of migrants and terrorism – a perspective that Commissioner Oettinger disappointingly ignored.

When does it serve an ‘EU value added’ for Member States to have a common budget instead of separate accounts? This was the question all the speakers replied to. Daniel Gros, Director of the Centre for European Policy Studies answered that the only areas of true EU added value are security and research. As cohesion policy is an EU Treaty obligation it is a justified cost, although he would favour more competition where richer countries that need less structural funds can instead shift focus to research and innovation. To no one’s surprise, Mateusz Morawiecki, Deputy Prime Minister of Poland agreed that cohesion policy is important – Poland is one of the countries that has benefited the most from the funds! Alexander Stubb, Vice-President of the European Investment Bank (EIB) agreed with Mr Gros that security and research has an added value, but went on to say that the EU will need more financial instruments in the future, and the European Fund for Strategic Investment is a great example of how the Commission and the EIB works together. Some participants criticised the very narrow interpretation of what is EU value added, and that none of the speakers mentioned the United Nations Sustainable Development Goals, which Member States and the EU committed to fulfill by 2030.

As defence and security took up a lot of space during the conference, we can expect it will also dominate the Council negotiations on the budget. While citizens demonstrate willingness to help refugees and migrants arriving in Europe, governments lack solidarity and political will to relocate them from Greece and Italy. The fear of reactions from right-wing pockets of society and ongoing national elections are just two reasons explaining this trend (read more on the Migration Policy Group website). It is therefore important that we provide an alternative view to the European Commission and Member States on what Europeans expect. Social Platform wants to see a welcoming and socially inclusive Europe that gives people the opportunity and ability to contribute to a diverse and rich Europe, instead of a Union of walls built on fear and alienation.

Read also my previous blog post on what EU budget we would like to see, and a blog post about the conference by Zoltan Massay-Kosubek, working for our member European Public Health Alliance (EPHA).