Annual Convention on Inclusive Growth 2018: Partnership with civil society key to leave no one behind 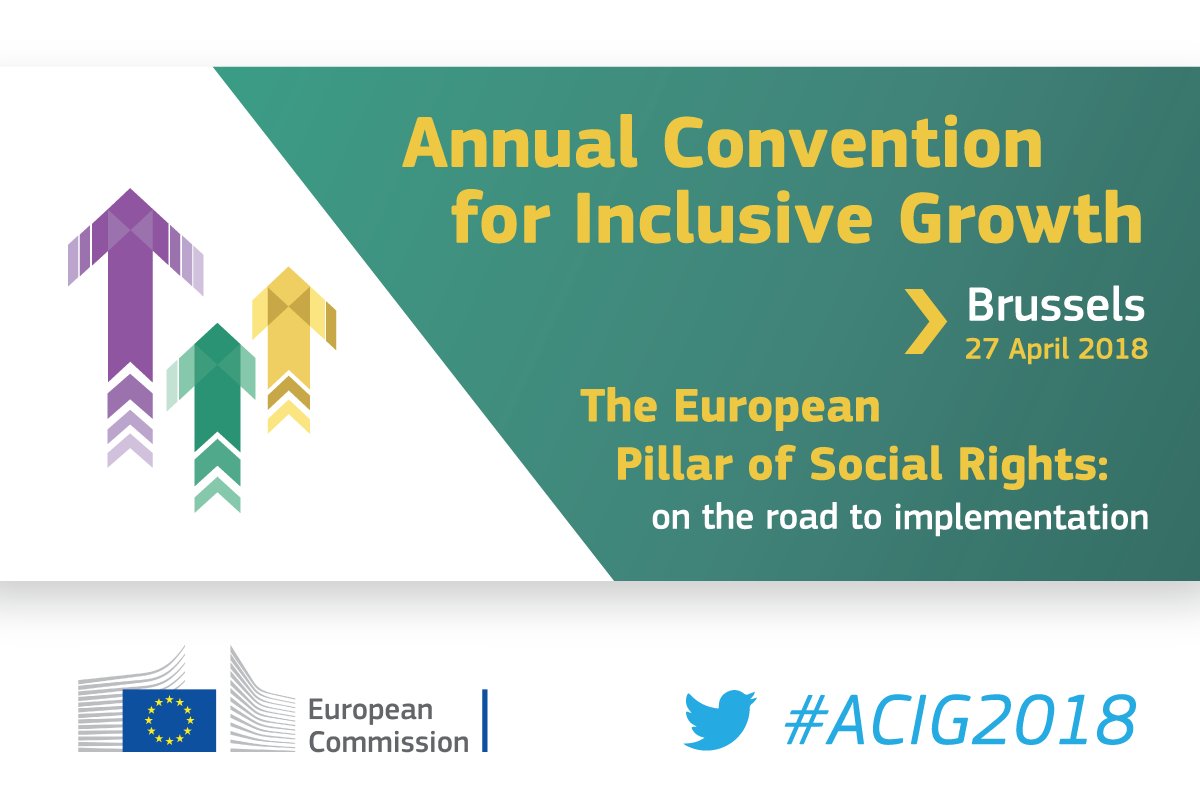 Civil society organisations must be meaningfully involved in the implementation of the European Pillar of Social Rights if it is to bring about real change to the lives on people in Europe: this was the message delivered by top European Union policy-makers and stakeholders at the European Commission’s third Annual Convention on Inclusive Growth today [27 April].

This year’s Annual Convention focused on “the road to implementation” of the Social Pillar, which aims to deliver new and improve existing social rights for people in the EU. Following his participation in Social Platform’s General Assembly earlier this week [24 April], Joost Korte, Director-General of the Commission’s department for employment, social affairs and inclusion, shared with the Annual Convention his confidence that civil society can be counted on to make the Social Pillar a success.

Social Platform President Jana Hainsworth, who features in the closing panel of the Annual Convention alongside European Parliament and Commission representatives, says:

“Following the proclamation of the Social Pillar during last November’s Social Summit, the theme of this Annual Convention couldn’t be more timely. Social Platform has long advocated for civil society organisations to play a bigger role in designing, implementing and monitoring social policies both at EU and national level. Today we have seen that our unique ability to involve rights-holders in decision-making is increasingly recognised by the EU institutions. We hope that the Annual Convention marks the beginning of a new chapter of cooperation between decision-makers and civil society organisations to ensure that the Social Pillar leaves no one behind.”