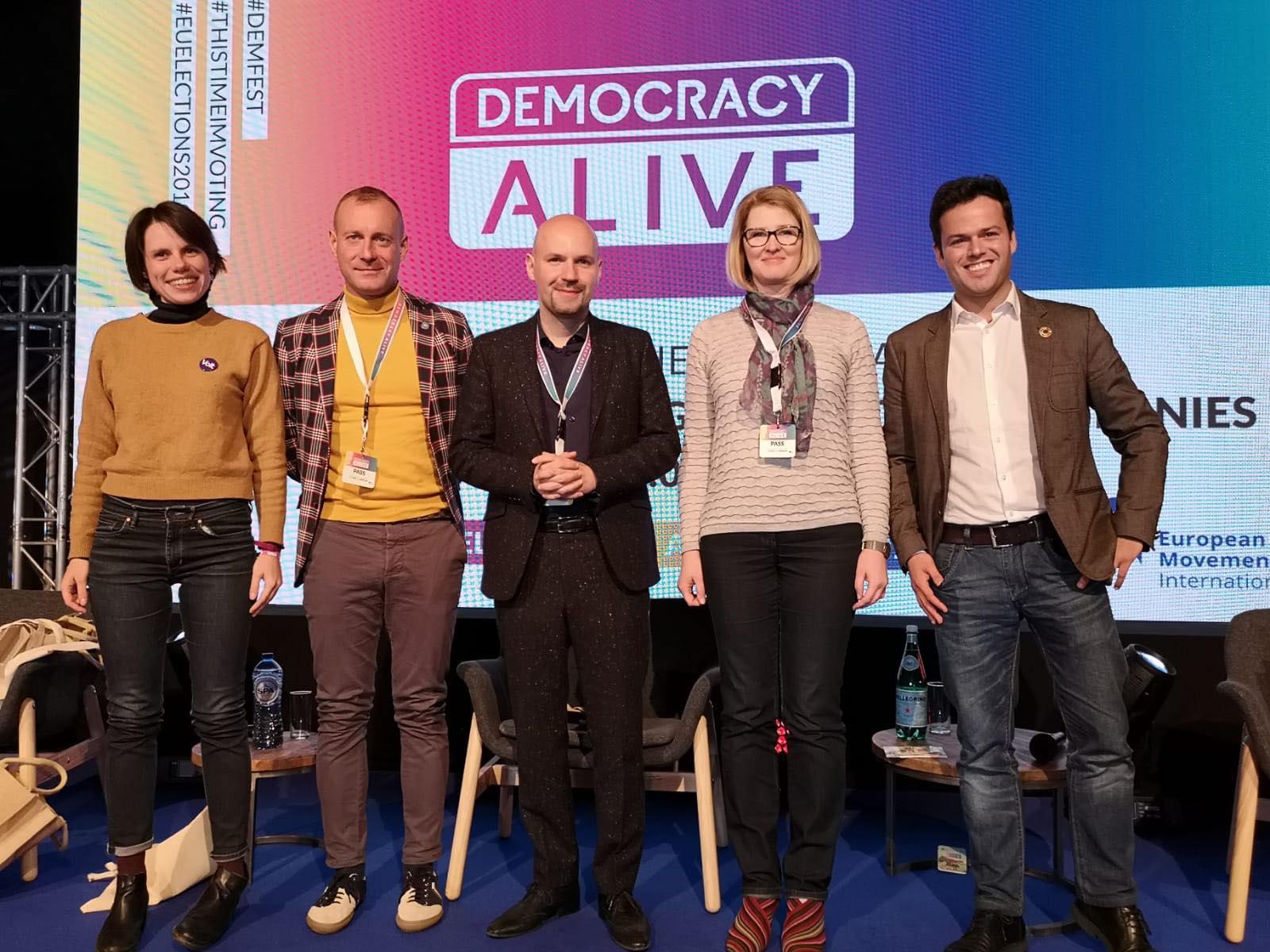 Decision-makers, civil society representatives, social partners, influences and citizens gathered in Texel in the Netherlands on 11-13 April for the ‘Democracy Alive’ festival, to encourage civic engagement and create awareness of the European elections.

The European elections in May present citizens with the opportunity to hold decision-makers accountable and determine who sets the EU’s course for the next five years. Despite the importance of this vote, turnout to European elections is notoriously low, having dropped by nearly 15% in 20 years from 56.67% in 1994 to 42.61% in 2014.

Speaking on the panel on ‘How to Build a Fair Future for Europe’, Social Platform President Piotr Sadowski highlighted the importance of mobilising young voters, especially when looking at the impact low turnout has had in controversial votes like the Brexit referendum. Referring to the world’s largest election, he said, “In India, half of the voting population is under the age of 25. These are the people who are seeing injustices in their communities and are making a conscious effort to vote to make a change. This is what we need to mobilise here in the European elections.”

A main theme of the panel was the European Pillar of Social Rights and its potential to drastically improve the social situation of people in Europe. Social Platform is a member of the ‘Stand up for the Social Pillar’ alliance, and was joined on the panel by the alliance’s other members: CECOP CICOPA Europe, Social Economy Europe, the European Trade Union Confederation, and European Movement International, who organised the festival in partnership with the European Parliament. With the future of the Social Pillar by no means set in stone, Mr Sadowski warned, “For the European Pillar of Social Rights to become the flagship social mechanism of the EU it needs to be picked up as a priority by the next European Commission. This starts with citizens voting. Complacency is not an option!”

See a visual of our key messages here.