Belgians resigned but not yet panicking as prices continue to rise 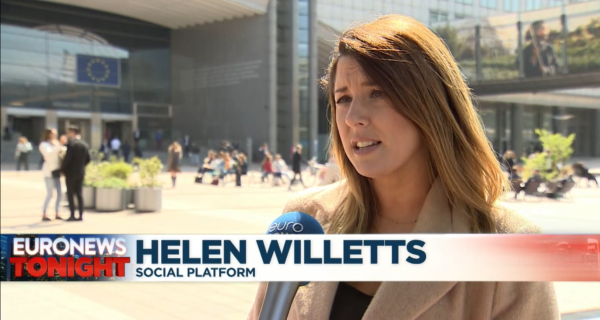 Published on Euronews, 4 May 2022 | Watch the related news broadcast here

3,192.23 EURO – the sum I must cough up to Belgian natural gas company, Bolt Energy, one year after moving into a doer-upper near the centre of Brussels — on top of monthly bumper Bolt bills.

With one million people in Belgium facing trouble paying energy bills, and inflation in Belgium one of the highest in Europe, locals are feeling the pinch but on a sunny day on Brussel’s main shopping street, Rue Neuve, passersby tell me they are worried, but not panicking yet.

“My mum has been driving to neighbouring Luxembourg and Netherlands to buy gallons of fuel,” one young girl tells me, whilst her boyfriend chimes in that his rent has been increased by €300 due to the spike in electricity bills.

One young Portuguese mum tells me how tough it is to provide for her children. She is now paying €50 for 78 nappies, whilst before, she paid €30.

Flour, sugar, milk, bread – it’s all gone up, another man told me — adding that he hoped the government supports the precarious and not just the middle class. Another disabled man tells me in Flemish he is struggling to make ends meet, as his monthly disability allowance of €331 has not increased.

One woman watching the situation carefully is Helen Willetts from Social Platform.

Over a very expensive coffee, Helen tells me how the war in Ukraine and the inflation rates are impacting the 45 NGOs across Europe she represents. She wishes civil society had a seat at the table with policymakers.

“It is a crisis that was already ongoing for a lot of the people we represent so it has just added to a system that was already burdened by dealing with the Covid pandemic and even trying to recover from the impact of austerity,” she says. “We represent older people, diverse groups across the EU and if it was not for civil society filling in the gaps left by governments, they would not have their human rights and social rights met.”

Italian economist David Rinaldi, Director of Studies & Policy, from socialist think tank FEPS tells me the situation is even more complex and serious that thought and that the spike happened before the Russian invasion in Ukraine – and refers to his concern about the Airbnb effect and gentrification.

“So in a context where you have increasing housing costs, energy costs, transport costs, food costs, it becomes really difficult, this happens regrettably decades after wage share is on a downward so salaries are lower and lower over time.

“It is very difficult. I don’t see how we can go out of this crisis unless we prioritise the purchasing power of people by increasing salaries”, he goes on, adding that the public sector needs to secure access to different sources of food and energy and diversify trade routes.

I visit a Turkish baker and grocery store in a poorer pocket of Brussels. It was the sign ‘Flour here’ that lured me in.

Cherif is warm and welcoming and offers me a plate of Turkish delights. Selling kilos of flour, and litres of sunflower oil, he is running a roaring trade – filling the gap left by German discount store Lidl which ran out of flour in early March — a necessity for poorer families in Brussels where the unemployment rate has reached 15.9 percent and where 3 in 10 live under the poverty line.