Decent minimum wages for all – soon to be an EU reality? 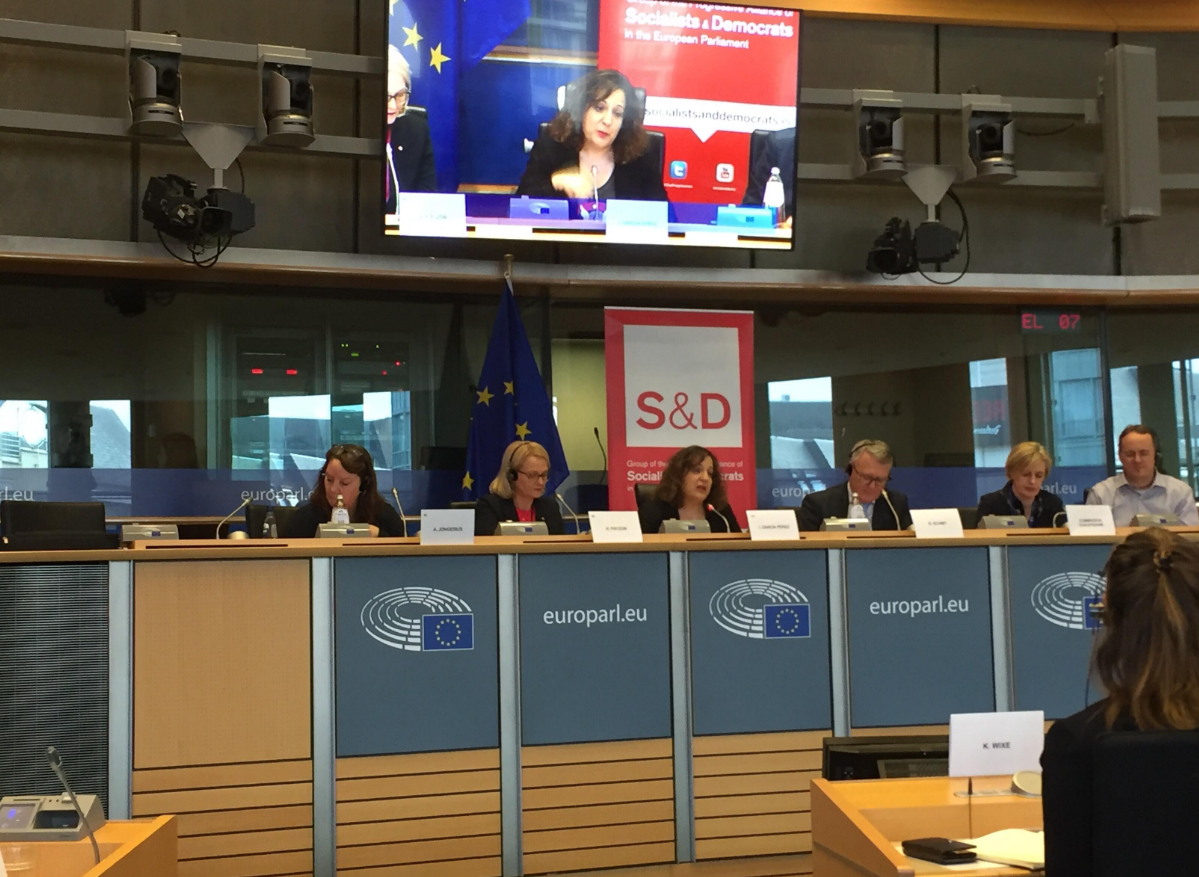 On 5 February, Social Platform participated in a conference organised by the Socialists & Democrats (S&D) group in the European Parliament on the topic of decent minimum wages.

The conference was opened by S&D Group President Iratxe García Pérez, who highlighted the importance of decent minimum wages as one of the key tools to give dignity back to workers.

Nicolas Schmit, European Commissioner for Jobs and Social Rights, delivered a keynote speech pointing out that it is crucial to discuss wages in general, not only minimum wages alone and that pay is one key element of social justice. He underlined that everyone should share the idea of decent wages, but that we see about 10% of workers who are affected by in-work poverty due to a lack of decent pay. He also pointed out that defending decent wages is also defending an economic approach, as markets have not regulated themselves to reduce wage disparities between various groups but instead created very low pay levels and in-work poverty. This leads to brain drain, with young people from EU countries with low wages leaving to find work elsewhere, impacting entire economies that cannot be dynamic and innovative on the back of very low pay. He highlighted that the objective of the European Commission is not to create an EU minimum wage, but to put instruments in place that, based on national traditions related to wage setting, can help reduce gaps regarding minimum wages. He also voiced support for action to strengthen the role of social partners to ensure strong collective bargaining systems in countries where they are weak to increase wages in general, including minimum wages. Finally, he stated that a legal guarantee could be given to EU countries with strong collective bargaining systems and wage levels to ensure that they are not obliged to introduce statutory minimum wages, while supporting countries with weak collective bargaining systems and wage levels to develop a statutory minimum wage.

In the first conference session, speakers from several organisations and institutions debated various topics related to decent minimum wages. Christine Aumayr-Pintar from Eurofound highlighted things minimum wages can and cannot do and described developments related to minimum wages in recent years. Patrick Belser from the International Labour Organisation (ILO) presented ILO definitions of adequate minimum wages and also addressed the dimensions of coverage, actors involved in the wage setting process and the regularity of adjusting wages. Luca Visentini from the European Trade Union Confederation (ETUC) stated that it is crucial to ensure adequacy of minimum wages, coverage of all workers without exemptions, contributions of social partners everywhere and ensure that they are compulsory for public procurement. Oliver Röpke from the Workers’ Group of the Economic and Social Committee (EESC) explained the role of the EESC in this debate and reiterated several arguments for EU action on this topic.

Social Platform will use all the learnings from this conference to inform and develop our work on updating our position on minimum wages which will take place in the first half of 2020.