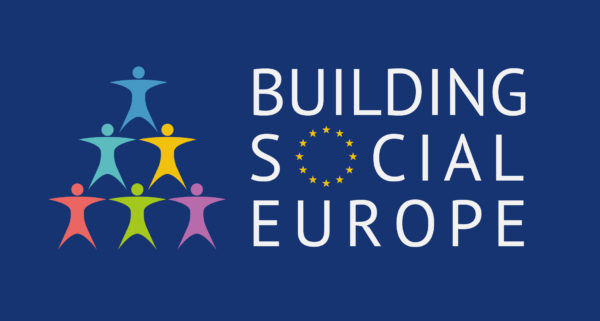 One year after the EU Social Summit of Heads of State and Government where EU institutions renewed their commitment to social Europe in Gothenburg, Social Platform call for urgent action to turn the European Pillar of Social Right proclaimed at that Summit from Declaration into Action.

To mark the first anniversary of the European Pillar of Social Rights Proclamation, Social Platform organised in Lisbon a Flagship Conference ‘Building Social Europe’ to debate the state of play of the high level commitments made in Gothenburg. This conference was followed by the General Assembly of our 48 members representing over 3000 associations active at national, local and regional levels in all EU member states. In this context and just a few months before the European elections 2019, we urge leaders to take action and stand ready to support those committed to building a truly Social Europe.

Jana Hainsworth, President of Social Platform, said:
“Europe is experiencing multiple crises which are spilling out onto the streets of Europe’s cities. People have had enough of inequality and injustice. Fear and insecurity is fuelling populism and distrust in our governing institutions. It is high time for the EU and its leaders to take decisive action and to prioritise people’s well-being, particularly those at the margins of society.”

FULL LETTER SENT TO ALL EU INSTITUTIONS AND HEADS OF GOVERNMENTS AND RELEVANT MINISTERS OF EU MEMBER STATE:

Street protests are multiplying all over Europe, reflecting widespread discontent and deep divisions in our society. High levels of inequality, poverty and social exclusion, coupled with on-going austerity and a narrowing of the definitions and applications of rights, are fuelling social tension. There is growing disillusionment with democracy and weakening trust in our governing institutions. Shrewd populist politicians who play on peoples’ fears carry only part of the blame. Mostly it is the failure of leaders in the European institutions and Member States to fully understand and adequately respond to the severity of the social situation. The future of the European Union is at risk if it continues to make the rich, richer and the poor, poorer.

In November 2017 EU Heads of State, the European Commission and the European Parliament proclaimed the European Pillar of Social Rights, promising a renewed commitment to Social Europe. One year later Social Platform organised its Flagship Conference “Building Social Europe” in Lisbon to debate whether the Social Pillar is delivering on its promise.

Our fear is that it was political posturing. The last 12 months have seen a worrying lack of ambition and urgency in policy reform and implementation both EU and Member States levels. It is in this context that Social Platform calls on EU and national leaders to act, emphasising the following three key messages.

1. Turn the Social Pillar from Declaration into Action

The 20 Principles of the Social Pillar create an important political momentum and are a step in the right direction but we need a greater sense of urgency at all levels to turn them into action. There needs to be more political debate as well as concrete policy reform proposals within Member States.

Several important pieces of draft legislation are now under discussion, which could have positive impact on the lives of millions of people across Europe. However, we regret that some Member States are lowering the ambition and stalling efforts to move forward, for example on the Work-Life Balance Directive proposal.

For tangible impact on the ground, the next EU Multiannual Financial Framework (MFF) needs to include adequate resources for effective implementation of the Social Pillar. Social priorities have to be visible across all “Cohesion and Values” programmes, while ensuring all other financial instruments are also ‘social proofed’ and contribute to wellbeing, social inclusion and social protection.

2. Organise an annual Social Summit focused on making the economy work for people

Over the last decade, economic, financial and monetary policies have paid too little attention to their impact on people, in particular population groups in vulnerable situations. Austerity measures have cut back investment in social welfare and services, health and education.

From our perspective, ‘trickle-down economics’ do not work. Social cohesion and environmental sustainability must be core objectives of economic and monetary policy reforms, not an add-on. For that, our current models of economic growth must be reviewed to ensure that the economy first and foremost serves the interest of people and the environment. Social economy and social enterprises can make an important contribution and need stronger support.

A more Social Europe is within reach. Civil society is already delivering economically sustainable solutions to overcome marginalisation and social risk. Some examples were showcased during our Flagship Conference through our ‘Made in Social Europe’ exhibition. The key to their success is co-creation: working with people and communities to identify what works, to help people to live in dignity, feel included and valued, and to participate fully in economic and social life. It is important that civil society is recognised as part of the solution and given the necessary support.

Article 11 of the Lisbon Treaty recognises civil dialogue and requires the EU to maintain an open, transparent and regular dialogue with representative associations and civil society. However, this dialogue is far from being established. The scale of current social, environmental and political challenges requires the involvement of civil society organisations throughout the decision-making process. We therefore call on EU leaders to prioritise implementation of this Treaty article and invest in on-going and constructive dialogue with civil society.

European elections take place in just a few months. Time is running out to show that the EU is part of the solution, and not part of the problem. We urge leaders to take action and stand ready to support those committed to building a truly Social Europe.