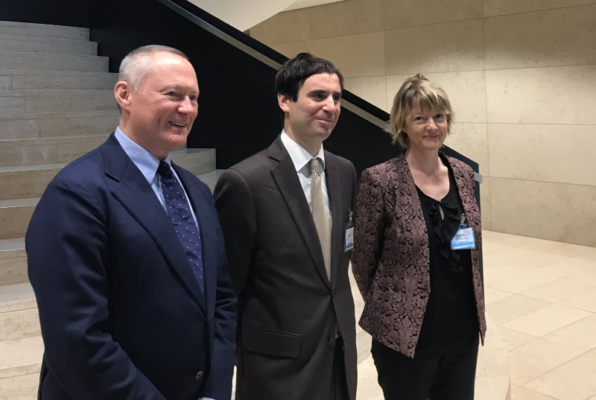 © Finnish Presidency of the Council of the European Union 2019

Today [24 October], Social Platform joined European Union ministers at the European Council’s Employment, Social Policy, Health and Consumer Affairs (EPSCO) Council, where anti-discrimination and the economy of wellbeing were top of the agenda. We welcome the growing awareness among decision-makers that successful social and economic policies can only be achieved by acknowledging and nurturing the inter-linkages between the two, and the policy debate on enhancing anti-discrimination in the EU.

We welcome the EPSCO Council’s adoption of its conclusions on the economy of wellbeing today , which “is a policy orientation and governance approach that aims to put people and their wellbeing at the centre of policy and decision-making”. Social Platform has long advocated for a rebalancing of social and economic priorities and has worked closely with the Finnish Presidency of the Council of the EU to bring forward the voices of people on the ground, including those in vulnerable situations who are traditionally underrepresented in decision-making.

As our 2nd Flagship conference Building Social Europe concluded, “the economy of wellbeing should encompass a long-term approach that looks at the impact of decisions and policies on people’s lives, be based on a participatory governance structure and ensure socio-economic and environmental justice for all.”

The EPSCO Council conclusions incorporate a number of proposals made by Social Platform and we welcome in particular the recognition that the implementation of the European Pillar of Social Rights is an important step, that civil dialogue is essential in the process, and that we need to have a new long-term post-2020 strategy that includes a socially inclusive economy.

Get serious about human rights – End the impasse on anti-discrimination

A child denied health insurance due to a pre-existing condition.

A woman with disabilities unable to receive maternal health care because of inaccessible clinics.

64% of Roma youths excluded from education, employment and training services.

Despite the EU’s founding values and legal frameworks, including the decade-old Charter of Fundamental Rights, discrimination is still an unwelcome reality for millions of people in the EU. Today, together with the Fundamental Rights Agency and Equinet, Social Platform’s Vice-President Catherine Naughton addressed the EPSCO Council, calling on ministers to live up to the EU’s human rights obligations and end the impasse on the Equal Treatment Directive. Equality for all cannot become a reality without the same legal protection for all, the EU and Member States guaranteeing equality in practice, and building all EU policies upon equality and non-discrimination principles.

In 2019, people in the EU are still not equally protected by law when they experience discrimination based on grounds of age, gender, sexual orientation, religion, beliefs, disability, race or ethnic origin; this has led to a patchwork of unequal protection across Member States. Bridging the gaps in protection against discrimination at EU level is a prerequisite to advance equality and social convergence, and for this legislation is a necessity. As Ms Naughton stated to ministers, “Legislation, or the lack thereof, sends a message of the kind of society we want to be. So, what message does it send to people across the EU that efforts to ensure equal protection against discrimination across EU Member States has been blocked in the Council for over ten years?”

Inter-governmental debates enhancing anti-discrimination in the EU are very timely and we hope that this new impetus will lead to concrete actions. The appointment of a Commissioner on Equality supports this renewed dynamic and should help ensure better protection of people from discrimination on various grounds, both inside and outside the labour market. We stand ready to cooperate with all EU institutions to achieve this.