We need a different Europe. Europe for all, with all. 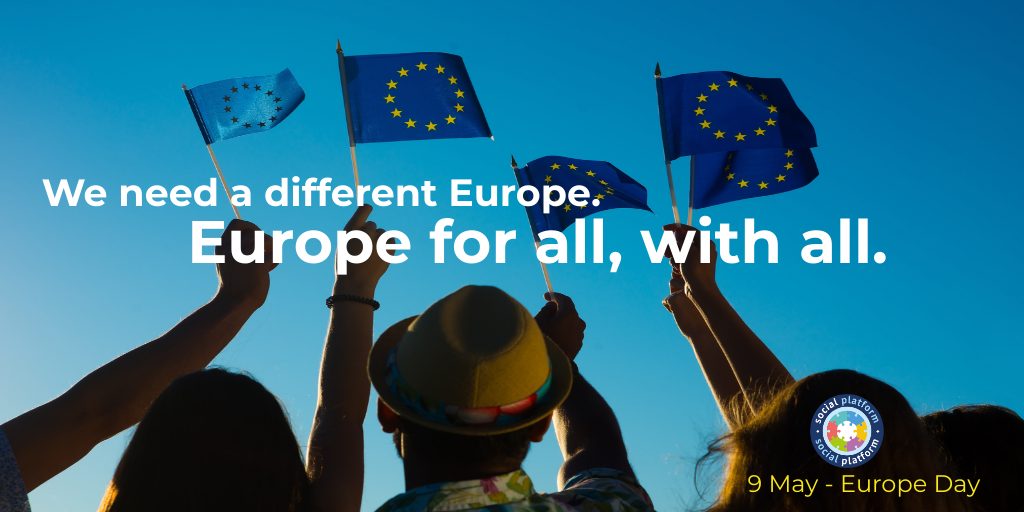 On 9 May we mark Europe Day. Currently Europe is experiencing its biggest crisis since World War II. The crisis brought new challenges and altered our realities and daily lives. At the same time the crisis magnified and amplified a number of pre-existing conditions the European Union was suffering from prior to the crisis:

We believe another EU is not only possible, but now is exactly the right moment to give Europe urgently needed vitality and longevity boosting treatment. Europe must not only finally address its underlying conditions, but also put its energy into building the long-term sustainable health of the Union.

What is a prescribed remedy?  EU leaders need to set as their goal the building of a society based on social justice, where dignity, wellbeing, and respect for every person and their human rights are at the centre of all decisions and actions. That means all policies and measures, whether they are economic or financial, should be judged in this light and accepted only if they promote rather than hinder the achievement of this fundamental goal.

A cornerstone of such change is rooted in our democracies, which need to be more participatory to make sure that the voices of people are heard. Civil dialogue is key to strengthen and reinforce democratic systems in and throughout Europe.

Social Platform is the largest network of civil society organisations in the EU working to ensure that social justice becomes the compass guiding all political decisions and economic actions in Europe, and that civil dialogue becomes a main ingredient of a vaccine to boost European participatory democracy.

Such a change will enable Europe to ensure a decent and dignified life for everyone, which is a prerequisite to build truly resilient societies.

This is the kind of Europe we want and we need.

*“The Union is founded on the values of respect for human dignity, freedom, democracy, equality, the rule of law and respect for human rights, including the rights of persons belonging to minorities. These values are common to the Member States in a society in which pluralism, non-discrimination, tolerance, justice, solidarity and equality between women and men prevail”.