The wait is over – time to deliver a strong Social Pillar! 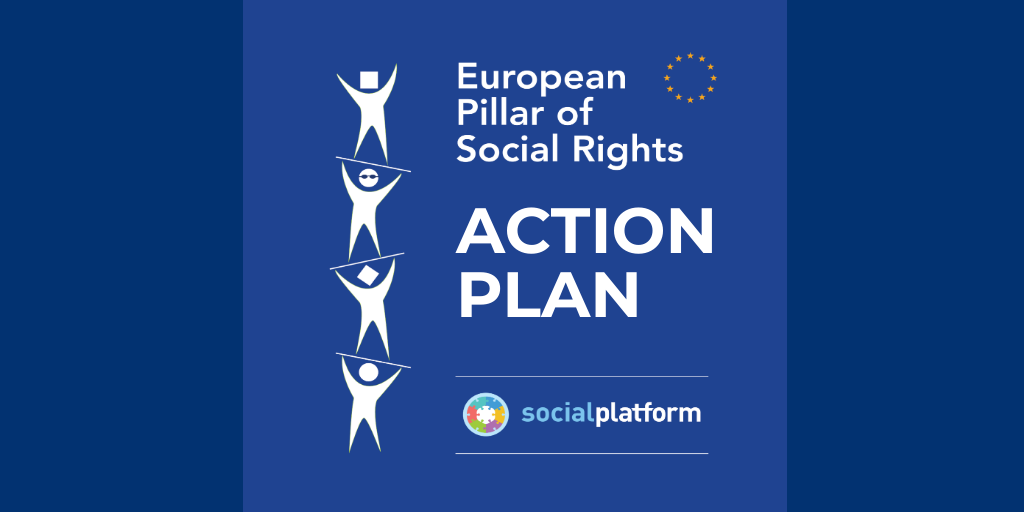 They say, “good things come to those who wait” – wait we did, and at the beginning of this month the European Commission released its Action Plan on the European Pillar of Social Rights. Following the first concrete mention of the Social Pillar by then-European Commission President Jean-Claude Juncker in 2015, and its proclamation in 2017, the Action Plan aims to “turn the [20 Social Pillar] Principles into concrete actions to benefit citizens”, and to this end a long round of public consultation of stakeholders, including Social Platform, took place. So, does the Action Plan deliver?

Overall, it is a good first step in the right direction. Social Platform and our members have long been advocating for comprehensive and ambitious implementation of the Social Pillar through EU and national action on all 20 Social Pillar principles. Thanks to the depth and breadth of expertise of our members, we have identified areas where the Action Plan should go even further if it is truly meant to benefit people across Europe. For example, it is very welcome that it includes a target on reducing poverty – a risk that even more people now face due to the impact of the COVID-19 pandemic. However, it is crucial to make this target stronger. To this end, we would like to see it set at, at least, the same level as the one set out in the United Nations Sustainable Development Goals. Indeed, all targets set out in the Action Plan should be seen as the minimum threshold – it is imperative that Member States not only endorse the proposed EU targets, but possess the political will and gumption to press ahead with even more ambitious national targets that bring real positive change to people on the ground, and particularly those in vulnerable situations, ensuring that no one is left behind.

This proposal and others – such as the revision of the Social Scoreboard to include additional indicators to cover all 20 Social Pillar principles, while also better disaggregating data by population groups and household types, and establishing structured civil dialogue to ensure that adopted policies and legislation correspond to the lived realities of people – were discussed during our event with Members of the European Parliament last week. ‘Time to deliver on social Europe!’ brought together coordinators of various political groups in the European Parliament committee on Employment and Social Affairs and our members, to discuss the opportunities and limitations of the Action Plan.

One thing for sure is that the conversation on the Action Plan is only just beginning. It is set to be a focal point of the upcoming Social Summit, hosted by the Portuguese Presidency of the Council of the EU, and also our ‘Building Social Europe’ Flagship Conference (for which registrations are now open). Social Platform has been invited to participate in the Social Summit on behalf of social civil society organisations, and we look forward to speaking up on behalf of the millions of people who depend on EU and national leaders breaking away from business – and politics – as usual. To say lives depend on it may sound dramatic, but in this case it is sadly true.