Digital inclusion for people with disabilities benefits all 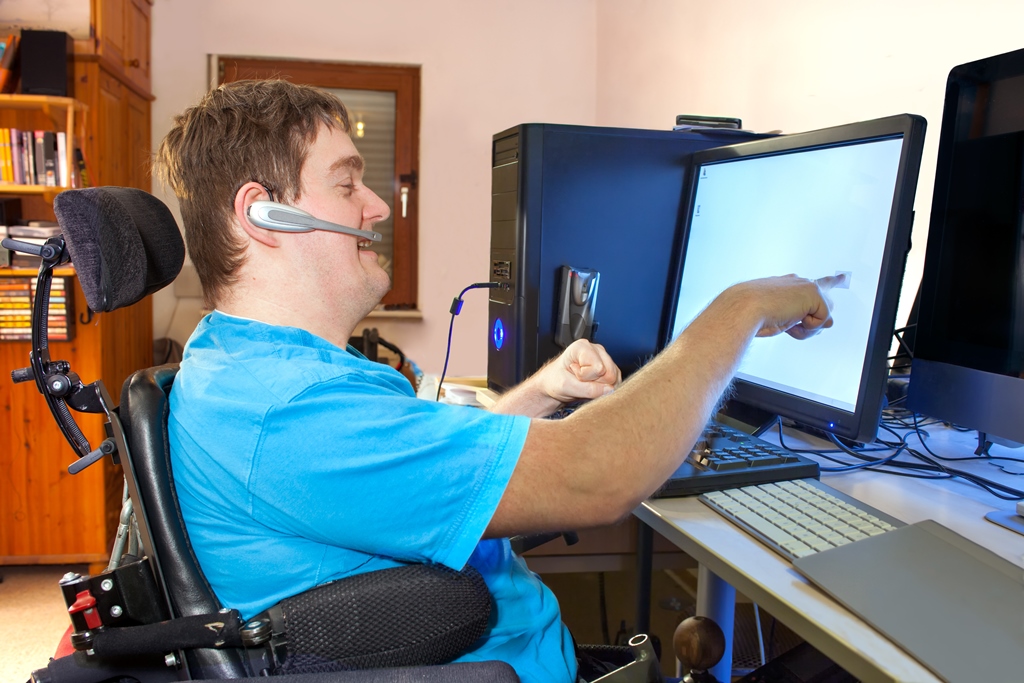 This year Social Platform started working on digital inclusion. On the basis of our members’ projects and positions we will work towards defining our joint work and building relationships with new partners.

“Digital inclusion is about access to information and ultimately access to decision-making,” said Milan Šveřepa, Director of Inclusion Europe, when presenting the result of their EU-funded project Able to Include at a meeting of Social Platform members on 14 February. Able to Include helps people with intellectual and developmental disabilities to use existing technology, by providing tools that make text more simple and easy to read, and translating text into speech or pictures. In this way, people with disabilities and their friends and families are able to communicate online with each other, which they previously could not.

“Digital inclusion is about having the right skills, digital assets, internet access at home, and social capital,” explained Liz Tilly who has been working on the project. Ms Tilly reminded us about the historical context of literacy; in the 1850s only 55 percent of women in United Kingdom could read (because often they were not given access to education). Today, 16 percent of the UK population is still functionally illiterate. It is therefore pertinent in the 21th century to build bridges and provide training in digital literacy.

“Nothing about us, without us” is a slogan of the disability movement, including our member European DIsability Forum. John O’Flaherty from the National Microelectronics Applications Centre in Ireland illustrated how important it is for his team to consult people with disabilities. His organisation’s initial presumption was that users would like a new product tailored to their needs, but through consultation with the target group it became clear that they simply wanted to be able to access the same platforms as their peers without disabilities. This resulted in an app that provides a simplified and more accessible web-view of websites like Facebook and WhatsApp. Furthermore, the app includes videos from another successful EU-funded project, SafeSurfing.eu, to inform users about risks and safety online.

As long as mainstream providers such as Microsoft and Facebook do not take into consideration accessibility standards for all, there will be a need for specific and tailored products to promote digital inclusion. Although the Able to Include project undoubtedly fills a need, the solutions in themselves are limited. One product offers a personalised pictogram language to allow people with intellectual and developmental disabilities to communicate, yet it is only accessible on Android phones. Another product provides a simplified mail interface, but it is only available via a Gmail account. However, participants at the meeting welcomed the fact that the developers of the project used open source programmes, which can be further modified and developed by anyone as it is accessible to the public.

Alternative accessible solutions such as Able to Include demonstrate that Apple, Google and others obviously are not performing as well as expected in terms of providing accessible products and services. However, we should take into consideration that mainstream technology develops rapidly, and functions such as Google speech or WhatsApp audio messages are constantly improving. These are services that can be used by almost anyone and benefit all, regardless of ability – in other words, it is “design for all”.

“Digital inclusion is a gateway to social participation and independent living,” said Alejandro Moledo from the European Disability Forum. Information and communications technology is not only about privacy and data protection, it is also about accessibility, availability and affordability. The European Disability Forum works hard to influence EU legislation, such as the European Web Directive and the EU Accessibility Act, as well as the Digital Single Market Strategy for Europe to take into account the needs of users with disabilities. As Social Platform we support the disability movement in pushing for EU legislation such as the EU Accessibility Act.

Accessibility is just one of several aspects of digital inclusion. Social Platform will also draw from the experience of other members that work on tackling digital exclusion, focusing on areas such as poverty and homelessness.