The fight against the criminalisation of solidarity continues 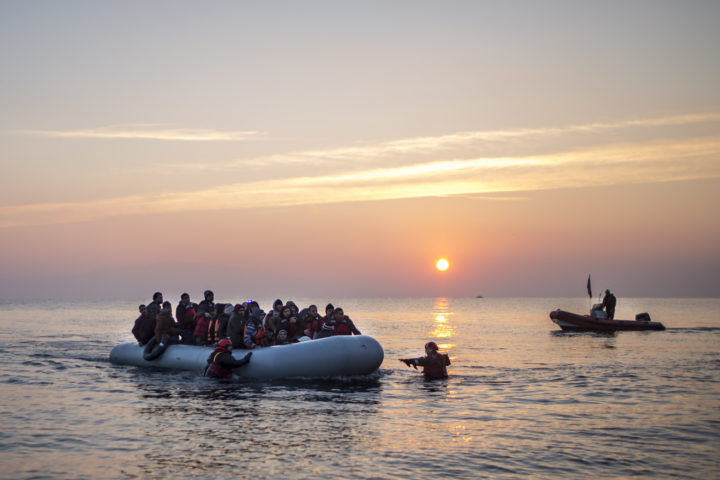 Last Wednesday [24 January], the petition against criminalising humanitarian assistance to migrants and refugees that Social Platform has actively supported for months was presented to the Petitions Committee of the European Parliament by Paula Schmid Porrras, on behalf of the organisation “Professional Emergency Aid” (PROEM-AID). This is an important milestone in view of the necessary revision of the Facilitation Directive, which in its current form does not rule out imposing sanctions on individuals or organisations offering humanitarian assistance to undocumented migrants.

According to recent figures from the United Nations High Commissioner for Refugees, more than 5,000 people died in the Mediterranean in 2016, the worst annual death toll ever seen. As Paula explained, without the humanitarian action of volunteers from all Member States of the European Union, this figure would be even higher. However, instead of supporting the work of these citizens that decided to dedicate their time to react to this tragedy, the current EU legislative framework creates a sense of fear and uncertainty among them. As shown by a study commissioned by the parliament’s Civil Liberties, Justice and Home Affairs Committee, there are inconsistencies and grey areas in the EU legislative framework that can deter individuals and organisations from participating in humanitarian programmes. What happened to Manuel Blanco, Enrique Rodríguez and Julio Latorre, three Spanish firefighters that left their homes and families to save people escaping war and poverty from drowning, is an example of the terrible consequences this legal uncertainty can have, and sends an extremely negative message to those wanting to follow the example of these three engaged citizens. Prosecuted for “human smuggling”, they could face a sentence of ten years of imprisonment.

Nevertheless, it was very encouraging to see that Manuel Blanco’s moving speech was welcomed with warm applause by the audience, and that Members of the Petitions Committee from several political groups expressed their strong and explicit support for a revision of the Facilitation Directive. As the Committee Chair Cecilia Wikström (Alliance of Liberals and Democrats for Europe group) argued, the Mediterranean Sea has become a graveyard, and we cannot remain unmoved by this tragedy. Stating that future generations will hold us accountable for our action or inaction in the face of this humanitarian catastrophe, she thanked the petitioners on behalf of the European Parliament for their fantastic work.

Simona Ardovino, a representative of the European Commission, explained that an evaluation of the current legal framework on the facilitation of entry, transit and residence of migrants (including the Facilitation Directive) is ongoing, and would be adopted in the coming weeks. The Commission is assessing what conclusions can be drawn from the evidence they gathered. She invited the petitioners, civil society organisations and European citizens to continue to provide the Commission with useful information and recalled that, in line with the EU Action Plan against migrant smuggling, the institution is committed to avoiding the risk of criminalisation of those who provide humanitarian assistance to migrants in distress.

Cecilia Wikström made clear that the Petitions Committee would follow closely the evaluation of the Facilitation Directive that will be published by the Commission. She concluded by insisting on the duty we have as human beings to help people in need. Social Platform will continue to monitor how this situation evolves, and we eagerly await the presentation tomorrow of the Civil Liberties, Justice and Home Affairs Committee’s study “Fit for purpose? The Facilitation Directive and the criminalisation of humanitarian assistance to irregular migrants”.

Read more about our campaign to decriminalise solidarity here.