Building ‘Social Europe’ is needed more than ever after COVID-19 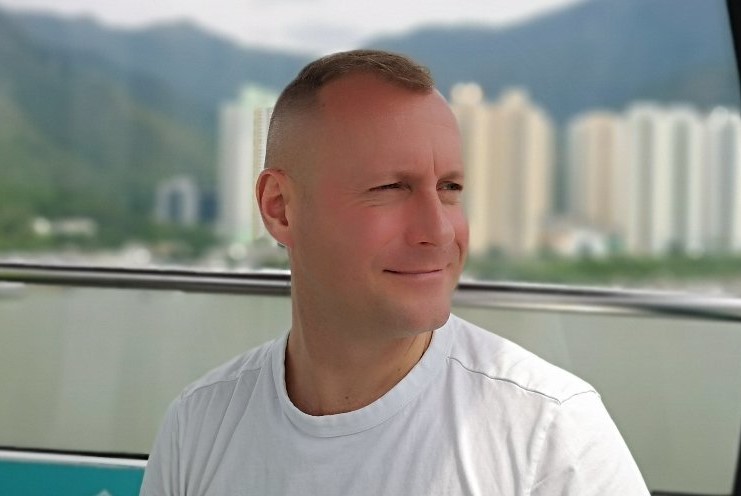 The slogan “Social Europe” has a long history in the EU, but the idea of creating a social dimension to European integration has over the years been rather weak and frequently not binding, according to Piotr Sadowski, president of Social Platform, the largest network of NGOs in Europe.

That cannot continue, Sadowski told BIRN on the sidelines of the Porto Social Summit in early May. “What is now visible with the COVID-19 pandemic is that simply developing free markets, regulations and corrective mechanisms, such as cohesion policy, is an example of political short-sightedness,” he said. “If we are to rebuild more equally, all member states and all EU leaders need to understand that Social Europe should be a mechanism, whereby when making each decision, we think about the human being.”

He explained that the two-day Porto Social Summit, part of the Portuguese Presidency of the EU Council that’s due to end on June 30, was an opportunity to give renewed political impetus to the implementation of the European Pillar of Social Rights and its Action Plan, which was launched in 2017 to ensure the bloc’s economic freedoms are framed by strong social policies to achieve fair competition, social cohesion and improvements in the living standards of all EU citizens.

The new momentum for Social Europe will come from the EU’s giant 750-billion-euro coronavirus recovery project, dubbed NextGenerationEU, which looks to rebuild member states’ economies post-pandemic in a way that makes them more sustainable, resilient, and better prepared for green and digital transitions.

“The extraordinary resources are a chance that cannot be missed to progress towards a better implementation of the necessary reforms at the national level in line with Social Pillar principles and goals… to deliver an inclusive, sustainable, socially-just recovery, where jobs are decent, work pays, and people can live fulfilled lives,” Sadowski said. “If the EU says it is committed to recovery, well, now is the time to commit to social investment and upward social convergence.”

And those who advocate for merely a voluntary approach to social issues “will directly fail those 88 per cent of Europeans who consider Social Europe to be so important,” he added. “With nine in ten Europeans stating that Social Europe is a top priority for them, it is high time for the social agenda to be dealt with at the highest level of EU decision-making.”

A compass for Europe’s recovery

The data shows just how far the action plan is from achieving its potential to become “an effective European Pillar of Social Rights that could act as a compass for Europe’s recovery,” said Sadwoski.

Against this background, the final declaration of the Porto Social Summit committed members states to meeting quantitative targets in three areas: employment, skills and poverty.

There are several employment objectives: 78 per cent of the working age population by 2030 to have job, to halve the gender employment gap, and to reduce the number of young people neither in employment nor in education. However, Sadowski said he would have liked to see more employment sub-targets, for example those relating to vulnerable groups affected by the pandemic, such as the youth. “It is important to avoid the so-called ‘creaming’ of the easiest to reach and to ensure that truly no one is left behind.”

On education targets, Sadowski was critical that the labour skills addressed in the declaration were only in the green and digital context, not in a wider aspect, for example to empower active citizenship. “Considering skilling linked only to labour market participation can lead to more exclusion of the most vulnerable groups.”

Events at the Porto Social Summit also showed how the principles of Social Europe are yet to be accepted by some of the EU body politic, especially in the eastern part of the EU. At the summit there was a typical clash with the nationalist-populist Polish and Hungarian governments over the term “gender equality”, which had to be removed from the final declaration.

Sadowski said such attacks on gender equality and discrimination against LGBT people require a response. “The Social Commitment was amended, but the words were spoken and they reverberated not just in the closing plenary but across Europe. We, as Social Platform, working with our social partners, will continue to demand that Europe builds one social model” that is inclusive and socially just.

“I speak on behalf of Social Platform, but I also speak as an individual and a European. I am also a gay man and know what it is like to be ostracised, discriminated against, and made to feel like someone who is a lesser person,” he said, adding that his definition of the European social model is one “where the backlash against gender equality and branding of some groups of people as ideologies is completely eradicated.”

While the Porto Social Summit was just one step in a long process and “of course did not solve everything”, Sadowski noted how civil society was properly involved in Porto, with his speech – a lone voice from Central and Southeast Europe – an important milestone. “Civil society had the voice to speak as an equal – this has set the bar very high for the forthcoming presidencies.”

In the meantime, Sadowski said Social Platform would remain vigilant and committed to ensuring that the EU and its member states do not hide behind declarations, but turn promises into actions. “Getting back to business as usual is no longer an option. In the previous financial crisis, driven by austerity-based political decisions, cutting on spending and social investment [meant] we ended up with swathes of people left behind” and a generation was lost.

“We cannot afford to repeat this mistake,” he warned.