Future of Europe and resilience 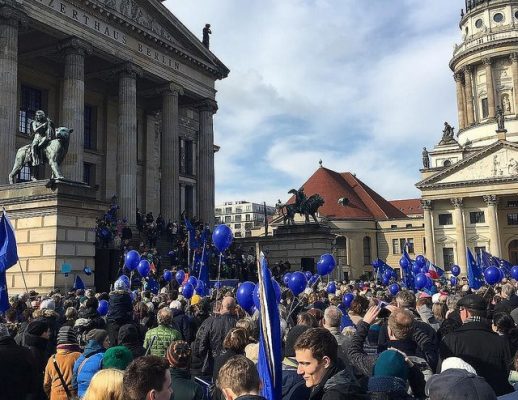 “What doesn’t kill you makes you stronger” – this popular saying – attributed to German philosopher Nietzsche – has apparently been scientifically proven.  Difficult experiences make people more resilient and better able to cope in the future. Will the same be true of the EU?

The EU is currently fighting for its life. Brexit loomed large over last week’s heads of state summit, despite not officially being on the agenda. This week will see a general election in the Netherlands. Geert Wilders’ anti-EU party is said to lead in opinion polls and to be especially popular among young people. In France, Marine Le Pen’s far-right National party is the closest it’s ever been to power.

Against this backdrop, the recent White Paper on the Future of Europe threw the ball into Member States’ court to shape what Europe will look like in the future. To quote President Juncker ‘the five scenarios in the White Paper are not those preferred by the EC but ideas debated across all Member States, civil society and in the press rooms’.

A multi-speed Europe seems to be gaining ground. Spain, Italy, Germany and France expressed their preference for this scenario. And it’s consistent with emerging intelligence that the upcoming Pillar of Social Rights will only be obligatory for the Eurozone.  It’s a pragmatic approach. A single currency requires greater social convergence and appropriate checks and balances to prevent a race to the bottom.  We’ve seen the devastating impact the growth and stability pact has had on dismantling social safety nets across struggling economies in the Eurozone. We can only support efforts to introduce standards around fair working conditions, minimum income and better public investment in education, health and social infrastructure.

But is this going to make Europe stronger? As civil society networks with members across the EU-28, what will this mean for social progress in countries who don’t agree to ‘enhance cooperation’? For many of our networks, the EU’s untold success stories are in social policy reforms stimulated by EU legislation, policy and funding. Will this still be possible in a fragmented EU, where Member States have a pick and mix approach to what they buy into and what they don’t?

Challenged for its democratic legitimacy, the EU is becoming more and more beholden to Member State governments. In their turn, Member State leaders tend to be fair weather friends of the EU, increasingly swayed by populist, anti-EU sentiment.

Survival, and indeed the EU’s future resilience, needs a massive re-engagement in democracy. Critically, this is not only representative democracy, but also participatory democracy where people directly engage in decisions and policies that affect them and don’t just rely on elected representatives.

There are some interesting movements to watch here like #pulseofeurope which is organizing weekly pro-European marches across major European cities, and the upcoming #marchforeurope2017. As we move closer to the EU’s 60th anniversary, let’s hope we can build momentum towards an EU revival.