Putting solidarity at the heart of crisis response 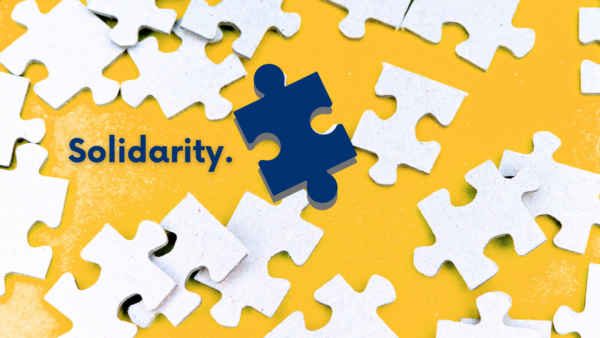 Another uncertain winter is approaching. Alarming increases in energy bills across Europe mean that more and more of us are under financial pressure. The cost of basic essentials needed to live, such as food, electricity and shelter seem to be continually rising and millions more people could be pushed over the poverty line.

Last week, European leaders took steps aiming to mitigate the energy crisis, with the European Commission on Tuesday announcing emergency measures to enhance solidarity across the bloc and secure gas supplies. Further discussions continued at the European Council summit on Thursday and Friday, on the need to secure supply and lower prices, resulting in a ‘very good and solid roadmap’ going forward.

As President Von der Leyen said when announcing the proposal, “we know that we are strong when we act together”. However, finding joint solutions and overcoming divisions among Member States on how best to tackle the gas prices mean that the EU’s progress has been slow.

In the meantime, the consequences of this crisis are already having a damaging effect on Europe’s most vulnerable. We must not forget that even without the recent surge in the cost of living, paying energy bills and being able to be an active member of society was already a huge struggle for so many on the continent. Last year, it was estimated that one in five people in Europe was at risk of poverty of social exclusion.

At Social Platform, we know that short-term emergency measures will not be enough to protect everyone. If we really want to leave no one behind, the deep-rooted structural causes of poverty have to be addressed. We need strong, social protection systems and we need universal income support schemes to raise the living and working conditions of millions of people. We need real solidarity for all.

We also know that achieving energy security in the short-term must not override Europe’s commitment to a just transition and to meeting its climate goals. For the crisis response to be just and sustainable, moving away from the reliance on fossil fuels is imperative. Not only will this improve energy security, but it will also help to tackle rising energy prices and energy poverty.

There is no doubt that the challenge of navigating the geopolitical fallout of the invasion of Ukraine, responding to soaring energy prices while also meeting the commitments to a just transition will be a real test for Europe. However, for the wellbeing of people and planet, it’s one that we can’t afford to get wrong.