On 23-26 May 2019, millions of citizens across the European Union will be electing a new European Parliament. And what a time for Europe it is! The entire European project and the values the Union is based upon are being challenged from all possible directions, both outside and inside. Its a fragile time for Europe and the outcome of the election is hard to predict. One thing is clear:  advancing social justice, human rights, equality and inclusion will not get any easier.

Citizen’s attitudes and relationship with Europe are also contradictory. 2018 May’s Eurobarometer data show the highest support for the EU since 1983: 60% European consider EU membership a good thing and 2/3 said their countries benefited from EU membership.

At the same time citizenship engagement with the EU politics and particularly their participation in the European Parliament elections keeps decreasing at a dangerous speed. Another contradiction is that while supporting the EU project in general, EU citizens are increasingly voting for the demagogues and far right parties who aim to weaken, if not completely destroy the EU.

What does this situation mean for us and what can we do about it?

Social Platform members working at EU level clearly know the value of the EU in advancing and improving laws, policies and practices making life better for millions of people across the Union.

Firstly, we need to contribute to the debate about Europe. In the times of fake news, populism, and apathy, we need to bring back vision, values and facts. Secondly, we need to mobilise people to get out and vote.

EU is not perfect, we all know that. It surely needs reforms and improvements. But EU had already and still has a great potential for advancing the standards, rights and protections we work collectively for.

Currently the debates around EU are too often noisy bragging, complaining about and bashing the Union. In such circumstances it is very easy to forget, overlook or take for granted the benefits and advances achieved and made because of the EU. We do not need to defend EU for the sake of defending it. What we need is to actively participate in those noisy debates focusing on the vision for Europe we share and how to make the EU even greater tool for achieving that vison.

While the EU is being bashed and criticised, deep down the vision of social Europe which cares about well-being of people is shared by the citizens. The results of already mentioned Eurobarometer survey shows that 35% EU citizens want the election campaign to focus on such topics as human rights, democracy and the social protection of EU citizens.

Achieving the vision of Europe we want is simply impossible without engaging and motivating citizens on a local and national level. To achieve that we must work with and appeal to that majority who express wide support for the EU project but do not bother voting at the European elections or vote for parties who has vision of a very different Europe. Its our task to make that links and explain what a huge potential EU has to make our vision a reality.

In the summer of 2018, Social Platform conducted a survey among local, regional and national organsiations which are members of Social Platform’s European networks to find out their vision of Europe, please see the executive summery here.

What you can do to support our campaign:

1.  Share our video on your social media –  facebook, twitter, LinkedIn: If possible, please add your specific campaign message when sharing the video on your social media, it will only increase the attention of your members and supporters and will guarantee greater outreach.
2. Send out video and encourage your national/local members to share it too. While our video is in English, we have created video files with subtitles in all EU languages, which will be available for distribution on our social media from Friday 17 May (see below).
3. Let’s mainstream this video! We and many of our members are working closely with the European Parliament’s election campaign to reach out to as many EU citizens as possible and we encourage you to use following hashtags when sharing our video: #thistimeimvoting #EP2019 #EUelections19
4. Add Social Platform frame and twibbon on your facebook and twitter profiles. We have created a facebook profile frame and twibbon called Social Platform which we would encourage you to add to your social media profile images, they state: “I’m voting for Social Europe”.

Our campaign video with subtitles in all EU languages: 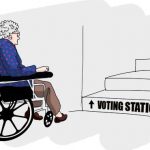 The upcoming European Parliament elections must be inclusive of and fully accessible for persons with disabilities! 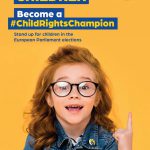 The Vote for Children coalition calls on European Parliamentary candidates to become Child Rights Champions to:
– BREAK the cycles of poverty, inequality and conflict for future generations
– INVEST in children inside and outside Europe
– LISTEN to children’s voices, INVOLVE them in decisions affecting them and ACT on children’s views. 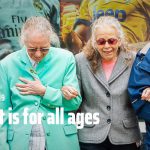 The Europe we want is for all ages – AGE Platform Europe

AGE Platform is mobilising to ensure the MEP candidates and elected representatives take initiatives that will be able to meet the challenge of an ageing population. 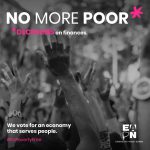 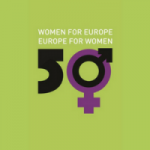 EWL is aiming to achieve parity in the European Parliament, but also amongst the Commissioners and regarding the top EU jobs. The EWL also wants the EU to realise that ensuring equality between women and men and integrating a gender perspective in all policy and financial frameworks is an obligation of the European Union as per the EU Treaties. 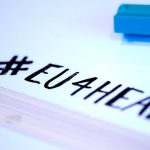 #EU4Health brings together organisations, including our member European Public Health Alliance, that share the vision of a Europe where all people are as healthy as they can be throughout their lives. 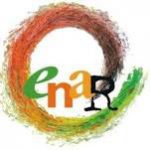 Ending racism in the European Union – European Network Against Racism 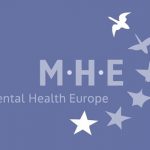 Mental health affects us all, in every aspect of our lives: our relationships with the people around us, how we work, where we live, and even our basic human rights. Mental health friendly policies across all sectors, therefore, have a key role in the well-being of millions of Europeans. That is why Mental Health Europe calls on all policy makers in Europe to recognise that mental health matters and bring it at the heart of European policies.

Come Out campaign aims to mobilise support for human rights and LGBTI equality among the candidates for next European Parliament and European Commission. 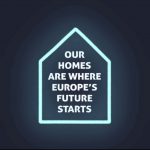 Housing for all – Housing Europe

Our homes are where Europe’s future starts.
Housing Europe Manifesto for the European Elections 2019. 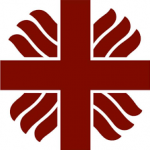 Read Caritas Europa elections manifesto and take the Vote Watch quiz that compares your priorities with those of parliamentarians. 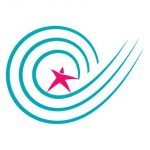 Inclusion Europe Make the most of the 2019 Elections to the European Parliament. Inclusion Europe elections page is is three parts:
Part 1.Why are the European elections important? – for people who support the inclusion movement:self-advocates, family members and all other activists and European Union citizens.
Part 2: What people with intellectual disabilities, family members and other activists can do.
Part 3 is for political parties and their candidates.It is also for authorities in charge of organising elections, to help make elections more accessible. 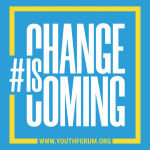 The road to a new European Parliament must include youth! The European Youth Forum’s #ChangeIsComing campaign aims to amplify young people’s vision, ideas and opinions and bring European democracy closer to us, as young Europeans. We are calling on every political party and every candidate to engage with us, listen to us and represent us! 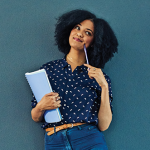 Eurodiaconoa’s campaign to promote the importance of the Union and encourage young Christian youth and young social workers to exercise their right to vote.

European Association for the Education of Adults

Manifesto for Adult Learning in the 21st Century: The Power and Joy of Learning. 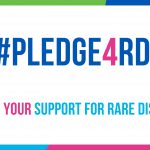 To ensure that the 25 – 30 million people living with a rare disease in Europe and their families are not left behind and achieve their highest potential of health and well-being, EURORDIS are calling on MEPs to #Pledge4RD. 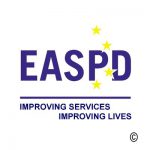 European Association of Service Providers for Persons with Disabilities

EASPD has brought together key information on the 2019 European Elections for disability support service providers to help them, and their users, stay informed. 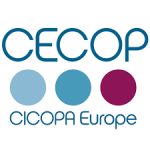 Manifesto by the European Confederation of cooperatives active in the industry and services. 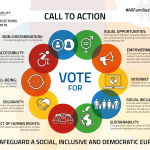 COFACE Families Europe is mobilising voters locally through its member organisations (representing families of all types, without discrimination). They launched a call to their European network and to friends to vote in May 2019 using 10 key values as a compass. #AllFamiliesSpeakOut.

It is time to oppose the far-right populists and fight for a Europe respecting human dignity and fundamental rights – the European Parliament elections provide this opportunity and every vote counts! 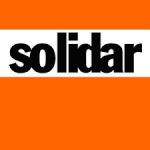 SOLIDAR’s first handbook of counterarguments which gives “munition” for the electoral campaign and which helps to bust populist right-wing arguments. 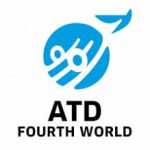 ATD Fourth World – Towards a Europe that leaves no one behind
The proposals address all the European Union’s stakeholders and in particular the candidates in the European elections. 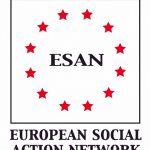 ESAN as a network of 27 members in 11 European countries to promote solidarity and active citizenship, calls for a social Europe based on solidarity by working on fighting poverty and precariousness. 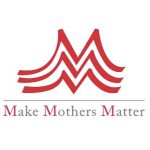 Video encouraging citizens to vote and what really matters to mothers and families in the future Europe.

Other information about the European elections 2019: 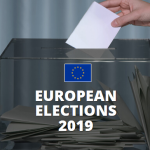 EU website with all the details for every country and every situation. 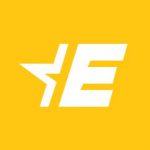 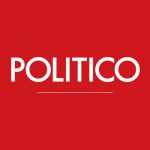 This Time I’m voting! Elections campaign by the European Parliament. 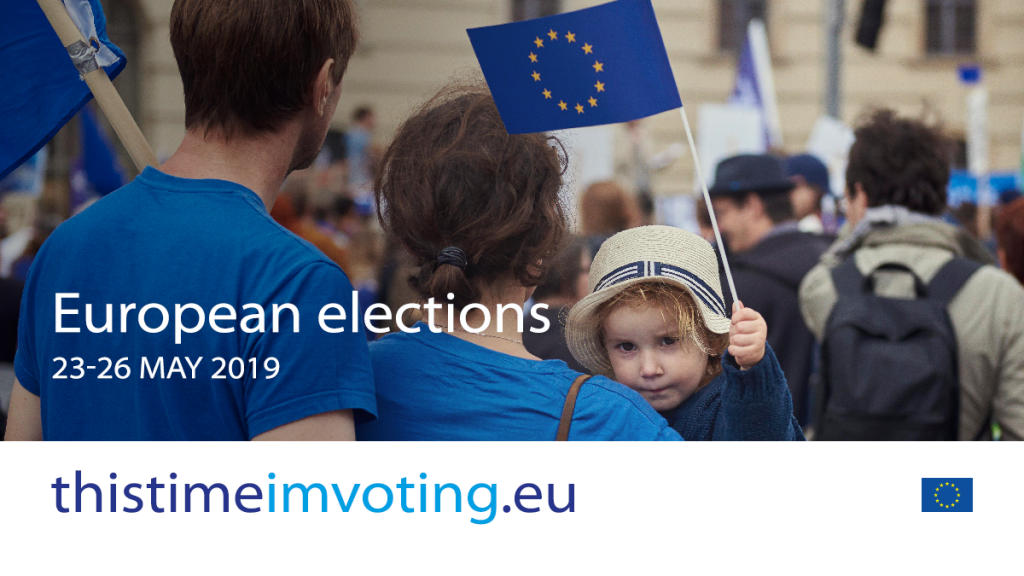